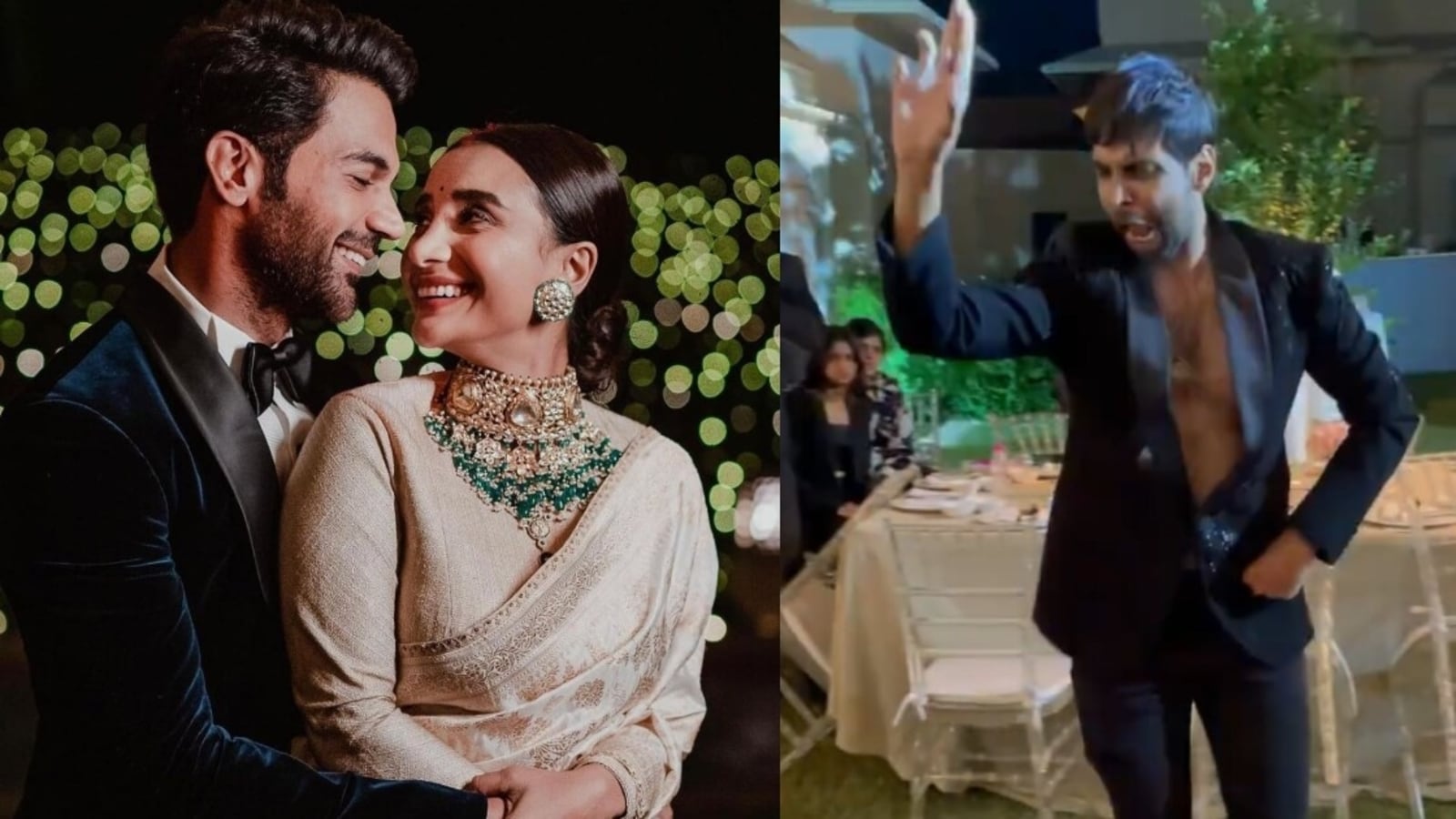 A couple of pictures and a video from Rajkummar Rao and Patralekhaa’s wedding reception has surfaced online.

A bunch of new pictures and a video from Rajkummar Rao and Patralekhaa‘s wedding reception have surfaced online in which the couple is seen having a ball with their wedding guests.

Rajkummar Rao and Patralekhaa tied the knot on November 15 in the presence of family and close friends in Chandigarh. Soon after, they hosted a wedding reception.

Now, a video from the reception has been shared online in which Paatal Lok actor Abhishek Banerjee is seen dancing to the song Jumma Chumma, from Amitabh Bachchan’s film Hum, at the party. The actor is dressed in a black blazer with a matching pair of pants.

Although the newlywed couple wasn’t seen in the frame, guests at the party were heard cheering Abhishek on. Meanwhile, a few pictures of the couple from the party have also been shared online.

Rajkummar Rao and Patralekhaa’s wedding reception was also attended by Haryana chief minister Manohar Lal Khattar. The minister had shared a picture on Twitter and gave the couple his blessings. “Attended the wedding ceremony of famous Bollywood actors Rajkumar Rao and Patralekhaa in Chandigarh, blessed the bride and groom blessings and congratulated them for a successful married life,” he said.

Rajkummar and Patralekhaa had a couple of parties as part of their wedding festivities. Besides the traditional wedding ceremonies and engagement party, they also hosted a pyjama party for their family and friends. 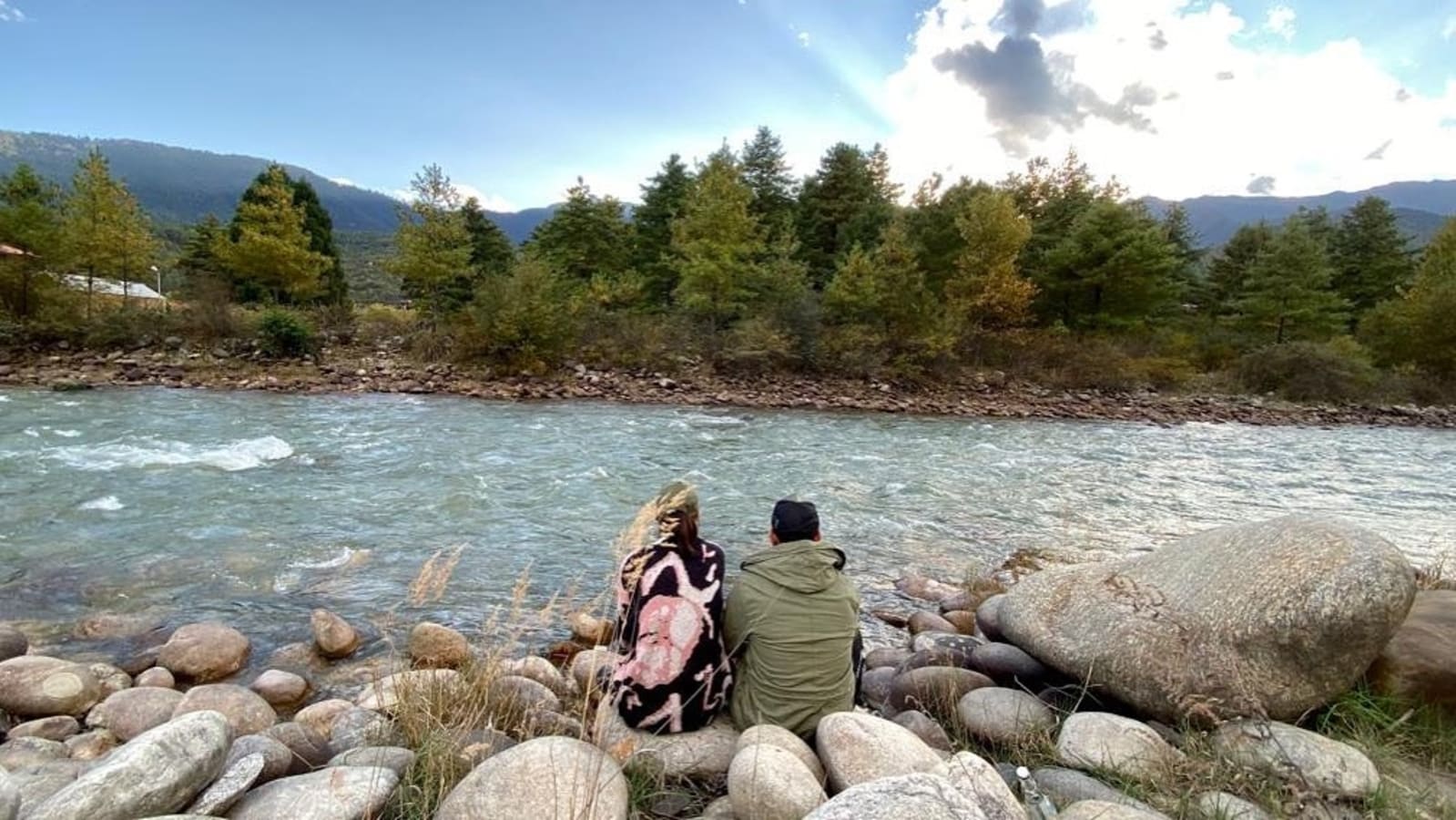