Skip to content
Home » Blog » Hum Do Humare Do trailer: Rajkummar Rao brings fake parents for sake of love, messes it up. Watch 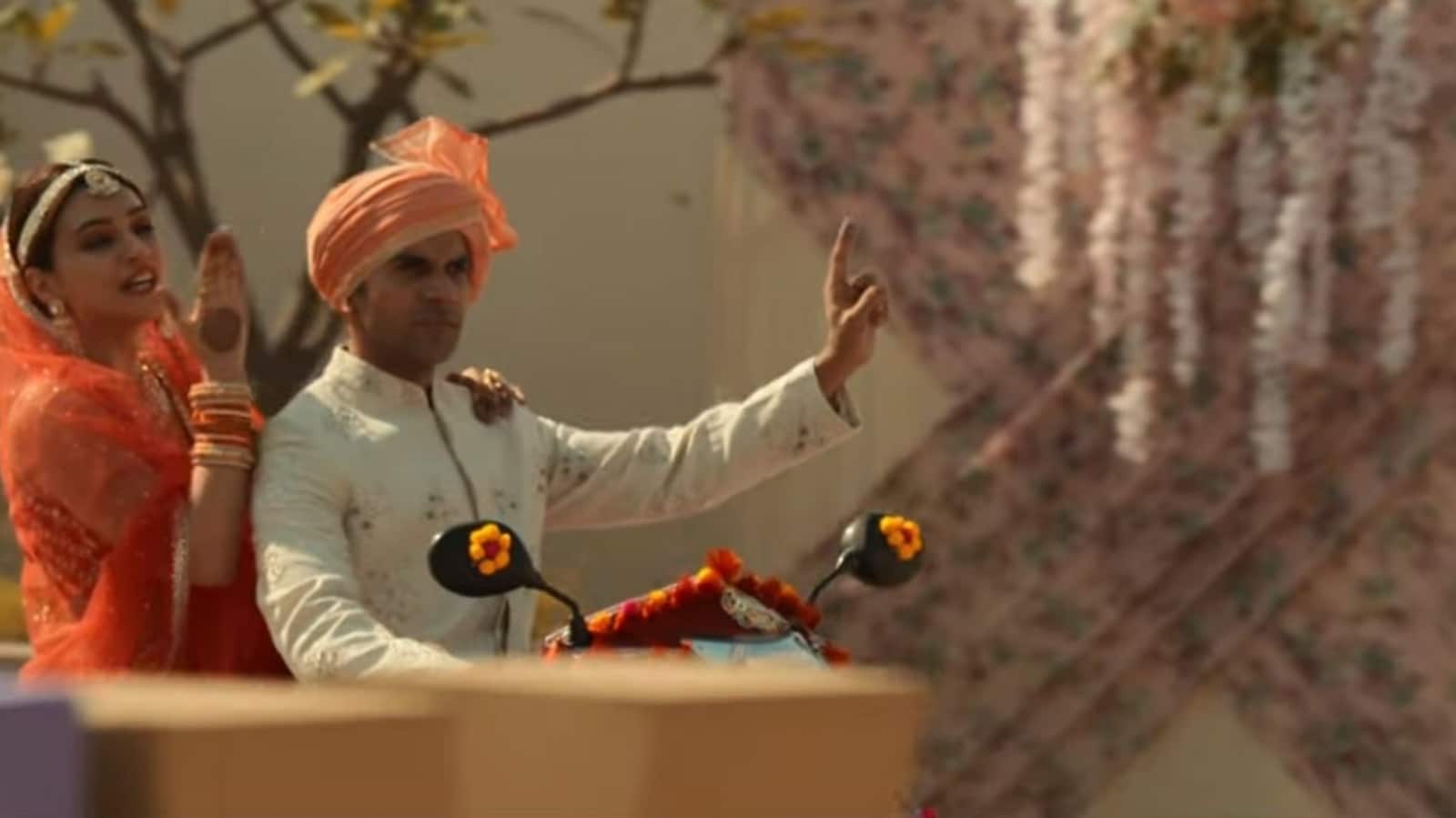 Rajkummar Rao and Kriti Sanon are once again back together after sharing screen space in Bareilly Ki Barfi. This time, the duo will be seen romancing in Director Abhishek Jain’s Hum Do Humare Do. However, there is a twist in the just-released trailer. In order to get married to the love of his life (Kriti), Rajkummar’s character brings in fake parents to make a complete family but things fall out of place since the parents do not happen to be husband and wife in real.

As Rajkummar and Kriti’s characters go on to paint the town red with their love,  marriage is the next stage for the two of them. To fulfill her wish of marrying into a “sweet family with a cute dog”, Rajkummar’s character arranges fake parents for himself in the form of Paresh Rawal (Puroshotam Mishra) and Ratna Pathak Shah (Dipti Kashyap). And what follows seems to be a hilarious series of incidents and accidents as Puroshotam wants to get married to his make-do wife.

Moreover, the highlight of the trailer is when things get messed up in the end and Ratna’s Dipti suggests killing her fake husband as a solution. She says, “Let’s send Puroshotam to Shimla and say that he was drunk and fell from a cliff. I am ready to become a widow.”

Speaking about the movie, Dinesh Vijan said in a press statement, “Maddock trusts in the power of content driven films, while Mimi was a delightful family entertainer, with Hum Do Humare Do, we take the essence of family futher, because in the end, a family is a set of people we love and cherish. Our film is a wholesome comedy that can be enjoyed by all three generations”.

Hum Do Humare Do also stars Aparshakti Khurana in a pivotal role. Directed by Abhishek Jain, the film will be streaming October 29 onwards on Disney+Hotstar.