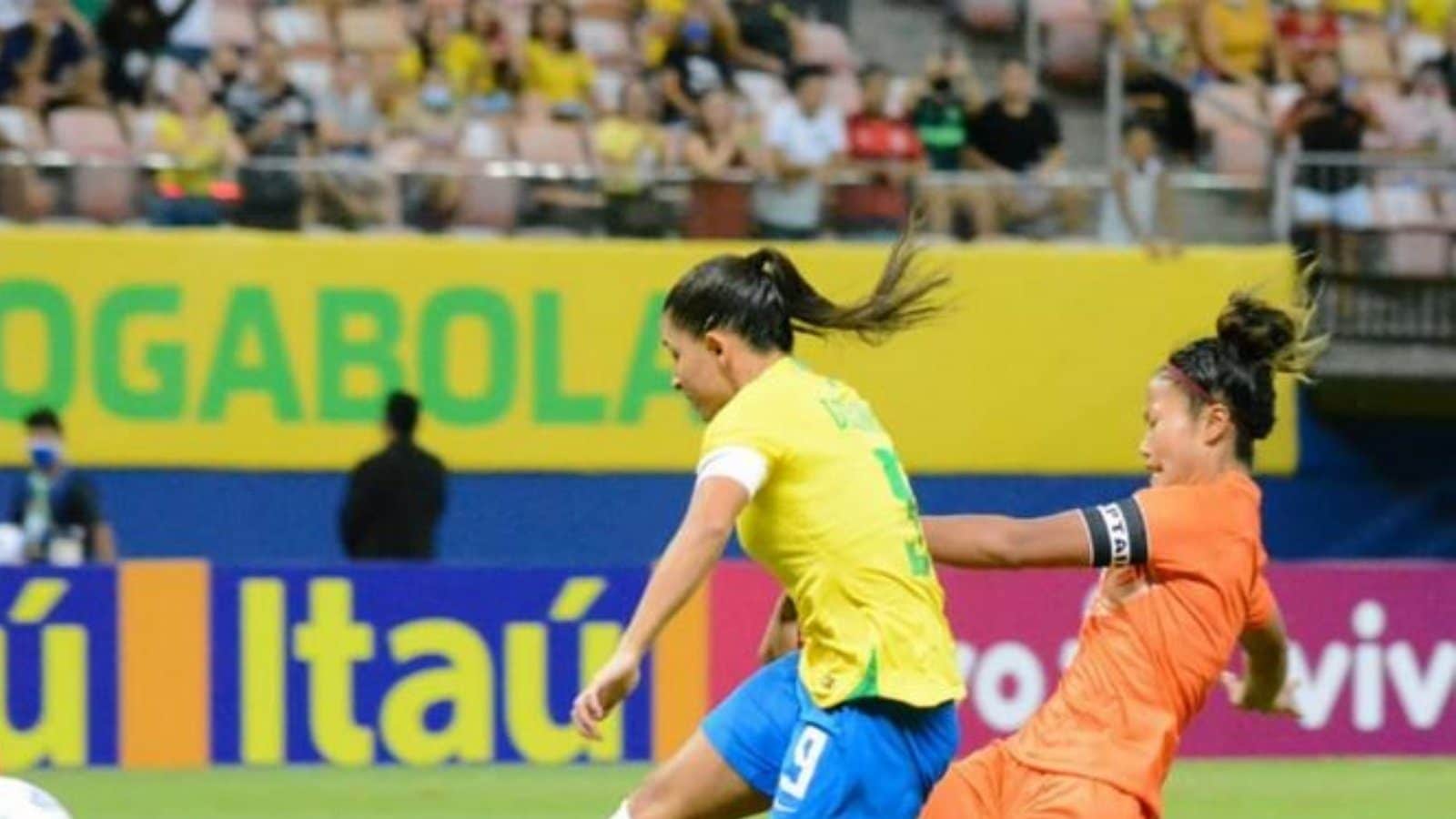 The Indian women’s football team scored one goal and kept mighty Brazil at bay till late in the first half but eventually lost 1-6 in its first match of the four-nation international tournament here on Friday.

Manisha Kalyan equalised in the eighth minute for India after Debora Oliveira had put the 2007 World Cup runners-up in the lead in the very first minute of the match.

Giovana Costa put Brazil in the lead again in the 36th minute to give the home side the advantage at the breather.

Brazil, however, pumped in four more goals in the second half through Ariadina Borges (52nd), Kerolin Ferraz (54th), Geyse Ferreira (76th) and Ariadina Borges (81st) to win the match with a tennis-like scoreline.

The match marked the international retirement of legendary mid-fielder Formiga at 43 year of age after playing 26 years and 205 games for Brazil. She featured in seven Olympics and as many World Cups.

She was a part of the 2007 World Cup silver medal winning Brazil team. She came as a substitute with barely 15 minutes left in Friday’s match at Arena da Amazonia.