Skip to content
Home » Blog » Karen Alert: US Woman Knocks of Trays at McDonald’s After Her Coffee ‘Took Too Long’ 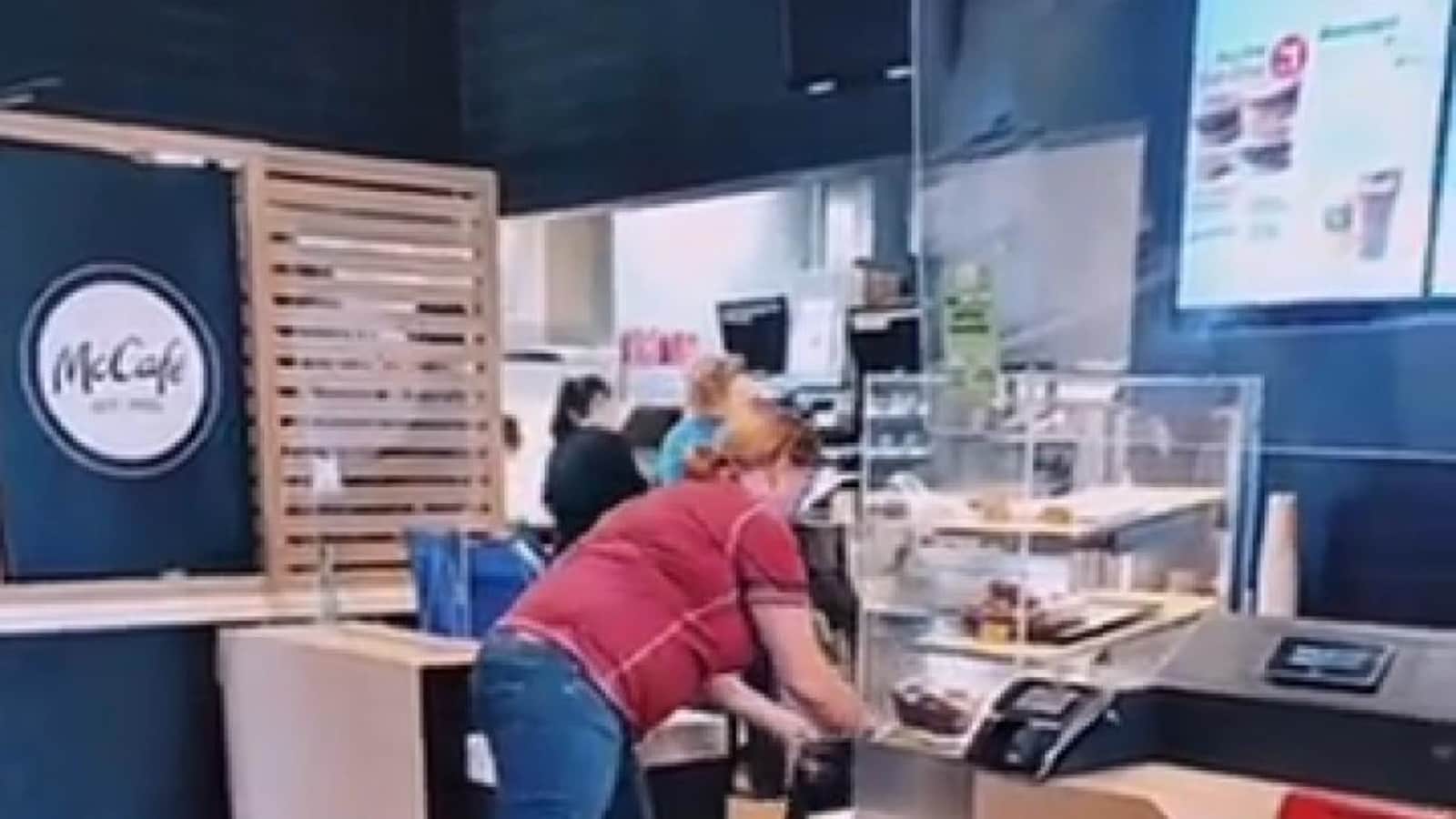 Some people did not buy the woman’s diabetes excuse. (Image Credits: Twitter/@crazykarens)

The woman was getting impatient while she was waiting for her coffee, but when the McDonald’s staff told her that the order would take the usual five-minute time, things took an ugly turn.

The Internet has identified another “Karen”, thanks to a recent viral video. In the video, a woman was seen knocking off trays and table markers at a McDonald’s outlet in Arkansas, US. The reason? Her coffee took “too long”. The woman was getting impatient while she was waiting for her coffee, but when the McDonald’s staff told her that the order would take the usual five-minute time, things took an ugly turn and she started throwing whatever she found in front of her. She also asked the staff to be more professional.

It was only after the lady was threatened with a police complaint that she said her violent actions were the result of her diabetes, adding that her blood sugar level is low. TikToker CJ shared the video and wrote, “SLOW MOTION KAREN, her diabetes did it… coffee took too long.”

As the video went viral, people reacted hilariously to it, with some people not at all buying the woman’s diabetes excuse.

Wait-was she still waiting for her coffee after trashing the place?Impressive.

This is not an isolated case of a Karen making a scene at a public store. Back in July, a white woman was being dubbed the “Victoria’s Secret Karen” after a video of her lunging at a black woman, at a mall in Millburn, New Jersey went viral. In the six-part viral video, the white woman, identified by Metro as Abigail Elphick, allegedly charges at the black woman, Ijeoma Ukenta, and then proceeds to lie on the store’s floor near the cash registers and begins screaming.