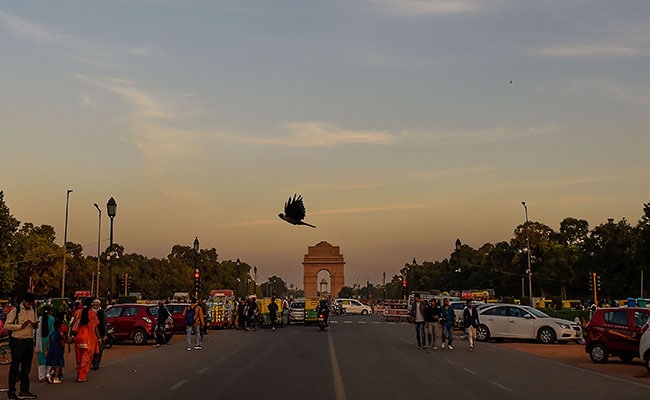 The air quality crisis in Delhi calls for a scientific study, and “ad-hoc measures” won’t help, the Supreme Court said today. “Even if the pollution level goes down now, we will continue to hear this case and issue directions,” the court stressed in a stern warning. On the issue of farm fires, the court made it clear it “can’t micromanage” and the government should decide on fines.

“Now there are supercomputers… there needs to be a statistical model,” the government was told.

The city’s AQI (Air Quality Index) was in the “very poor” category this morning. The air quality deteriorated earlier this month after a widespread violation of the ban on crackers.

The acceptable levels of the AQI (air quality index) for the national capital should be defined, the court said today.

In the last hearing, the top court had highlighted how this has become an annual problem.

The Air Quality Commission should conduct a scientific study based on the wind direction, it added this morning. “These ad-hoc measures won’t help. What are the steps you will take and the impact of that in the next seven days is what we want?”

“I have listed immediate steps. There are long-term plans also. We have come up with graded measures,” Solicitor General Tushar Mehta – representing the central government – replied.

Lawyer Vikas Singh, representing the petitioner, said, “The issue of stubble burning needs to be taken care of. If farmers are compensated, farm fires can be controlled.”

In response, the court said: “Has there been any study on how much stubble has been removed in Punjab, Haryana, and UP? This is going to be a big problem. How are you going to tackle the stubble-burning issue? We are using our common sense in discussing this issue. What is the bureaucracy doing? Let the Secretaries decide something… why can’t they go to fields and speak to the farmers, scientists and devise a permanent solution?”

This is the third straight week that the air pollution issue was heard in the top court, which has reprimanded the centre and states over dragging feet on the issue.