Skip to content
Home » Blog » Mira Rajput is in love with her tan, shares first photos from Maldives getaway with Shahid Kapoor and kids 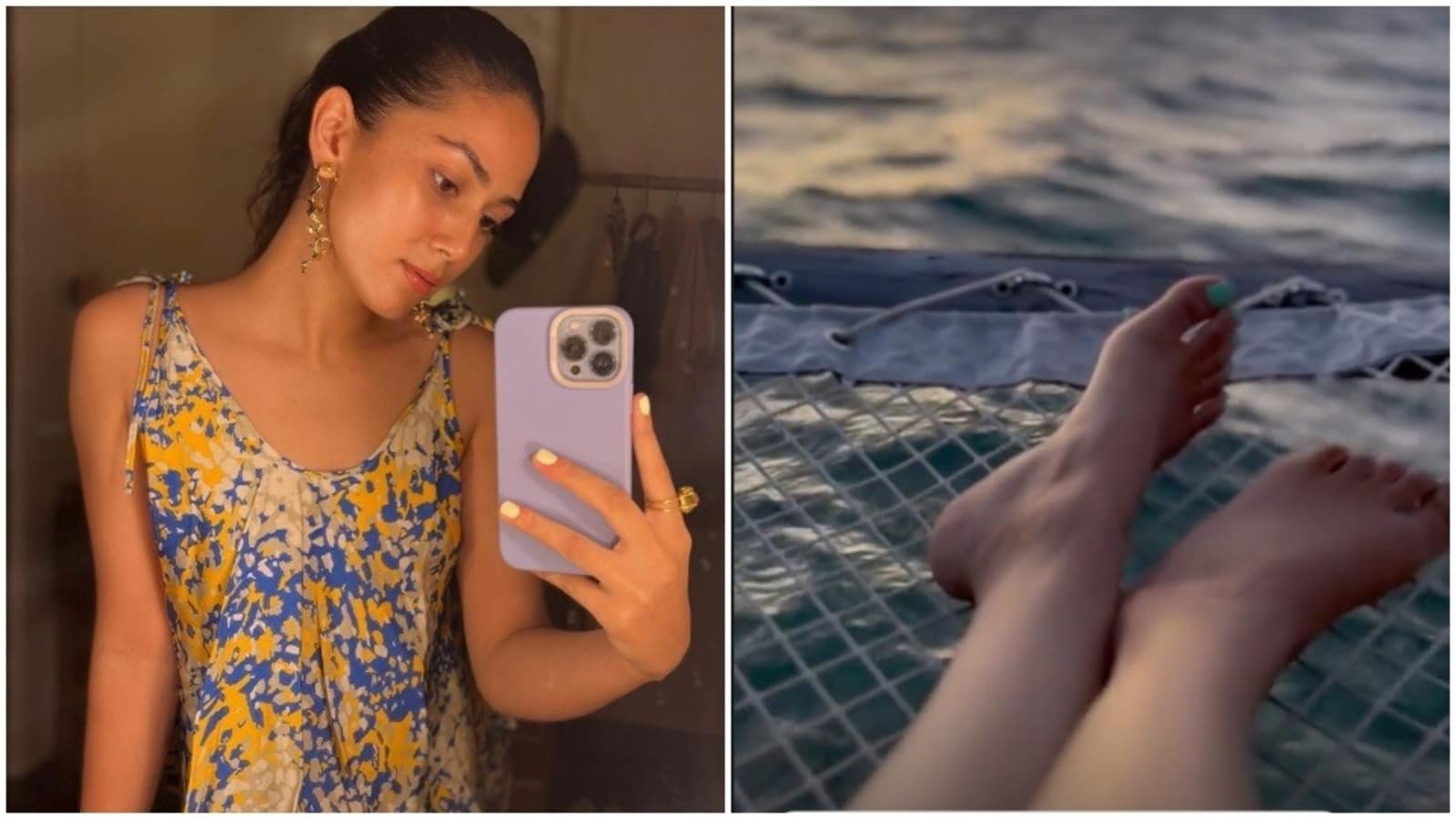 Actor Shahid Kapoor is on a vacation with his family. On Thursday, he and his wife Mira Rajput shared pictures and videos from the Maldives on Instagram.

Mira took to Instagram to share two photos of herself in a blue and yellow top with thin straps tied on the shoulders. She tied her hair in a ponytail and showed her tan to her followers. “Till the tan is flattering,” she captioned her post. A friend commented that the tan ‘is always flattering’ but Mira replied, “Before the (sun) burn.”

She also took to Instagram Stories to share a video of herself chilling on a net trampoline over the water. She enjoyed views of the ocean as the sun set in front of her. She also tagged ‘discover soneva’ in her post.

Shahid Kapoor also posted a video from the trip on his Instagram Stories. He showed fans a view of the beach with the bright blue ocean also in the frame.

Shahid and Mira are on the trip with their two kids, daughter Misha and son Zain. They were spotted at the Mumbai airport on Tuesday evening and again on Wednesday morning. Videos from the airport showed Shahid carrying Zain in his arms and also calling him out by his nickname, Raje.

Mira and Shahid have been refraining from sharing photos of their kids on social media from the last two years. Pictures from the airport were fans’ first glimpse at Zain after a long time and many were surprised at how quickly he had grown.

Mira recently celebrated the birthday of both her kids. She threw a rainbow-inspired party for Misha with balloons and other decorations, while Zain got a toy JCB excavator as gift. “This year M’s birthday was all about rainbow, bright colours, and less complicated decor! Last year I was super excited to be a DIY party planner. Two birthdays and a year later, all I can think of is arriving at the birthday like a guest,” she wrote in a post. Antim: The Final Truth’s Trailer Out: Who is its Female Lead Mahima Makwana?