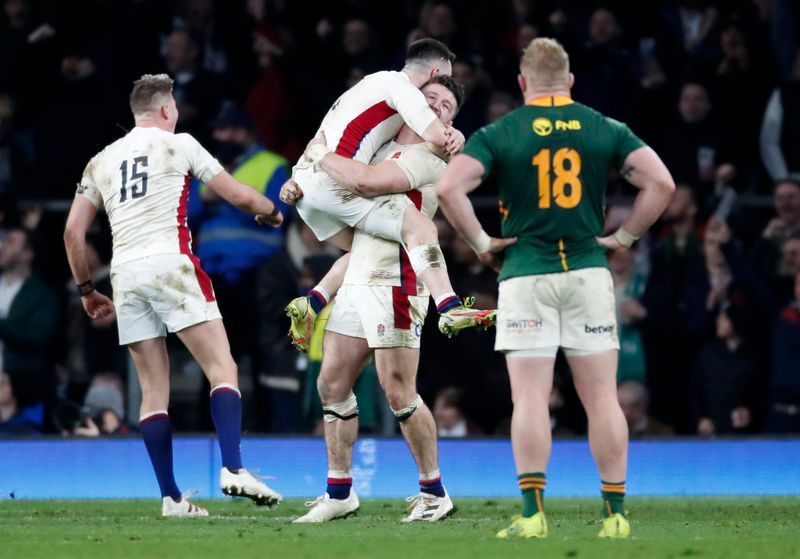 LONDON (Reuters) – England’s Marcus Smith landed a last-minute penalty to snatch a 27-26 win over South Africa on Saturday as the hosts looked full of early promise but were hauled back by the battling Springboks in the teams’ first meeting since the 2019 World Cup final.

England fashioned excellent early tries for Manu Tuilagi and Freddie Steward but were penalised relentlessly and four penalties for Handre Pollard kept South Africa within five points at the break.

The Springboks edged clear in the second half and, after tries by Raffie Quirke for England and Makazole Mapimpi for the Springboks, a Fran Steyne penalty put the visitors two points ahead with six minutes to go.

England, though, mustered one final attack and earned a penalty on the 22 that Smith smashed over.

It was a fantastic match to end England’s autumn following wins over Tonga and Australia, with South Africa failing to complete their hat-trick after beating Wales and Scotland.

“The last time we played South Africa I was watching in a student bar,” said man of the match fullback Steward. “I can’t really believe it. I’m so happy we came away with the win.

“I was just thinking ‘Marcus please don’t miss’. “We dug in, we fought. South Africa are so physical and you can’t shy away from that. It was a whole squad effort and it was unbelievable.”

England got off to a flier with a superbly worked try after seven minutes as Smith and Henry Slade combined to send Tuilagi over in the corner – though the big centre had to go off immediately after with a knee injury.

England appeared full of ambition and created another excellent score when Steward, looking assured already at fullback in his fifth international, blasted through three defenders to reach over the line.

South Africa showed little in attack but, as ever, stayed tenacious at every contact, earning a succession of penalties to keep them in touch.

Having failed to exert their expected superiority in the scrum, South Africa sent on the Bomb Squad full replacement front row five minutes after the restart but though the Boks forced two more penalties, Pollard sent them both wide.

A week ago England cashed in on Australia conceding 18 penalties but on Saturday it was the other way round as they were whistled 18 times, with South Africa penalised on eight occasions.

Pollard eventually rediscovered his range as England’s attack dried up and it looked to be getting away from the hosts.

The Springboks’ seeming physical superiority was underlined by a fearsome 35 metre rolling maul that earned yet another penalty, though for once they opted against the kick that would have put them ahead and paid the price when a desperate tryline wrestle by Max Malins held up Kwagga Smith.

They did not repeat the mistake when England offended again in front of the posts and replacement Steyne slotted it over to edge South Africa a point ahead.

That lasted less than a minute though as England finally got their backline in motion, Joe Marchant cutting through to feed replacement scrumhalf Quirke to mark his second cap by diving deliriously over the line.

A yellow card for prop Will Stuart swung the momentum again, with South Africa taking immediate advantage as another maul set up Mapimpi for their first try and though Elton Jantjies missed the conversion, Steyne’s three pointer took them 26-24 ahead.

A yellow card for Springbok captain Siya Kolisi for a high tackle set up a tense last five minutes and, roared on by a home crowd desperate for a final surge, England delivered it, earning a straightforward shot that Smith, revelling in the flyhalf duties on his fifth appearance in the absence of injured Owen Farrell, was never going to miss. 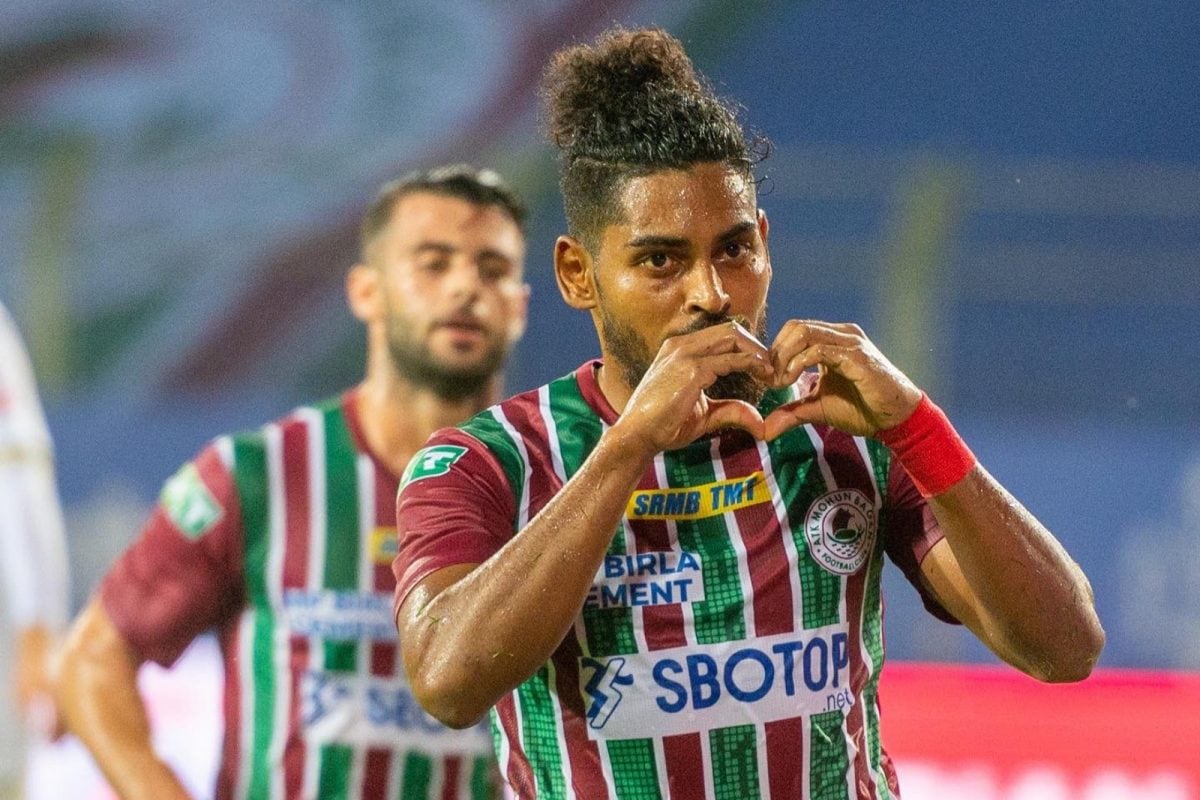